Not sure how devlogs work. 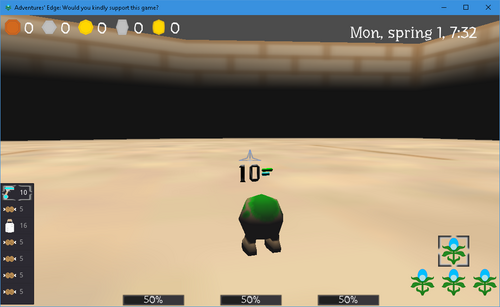 Just posting to inform the fans of this game of upcoming events. I'll get back to working on this in March '18 and I'll be working on another game. Development of these projects will be split during day (AE) and night (UV). Yes, I just noticed that pun. I'll be working on more mature projects at night and "safe" projects during the day.

None of these thing are in the current version:

AE has been transferred to Godot 3 with minimal incident and I'll re-work much of the programming. Hopefully I'll have the Godot 3 versions up by the end of March. I'm hopeful to have UV up by late March or April, and I'll be making a devlog on that when it happens.