Work till so tired. 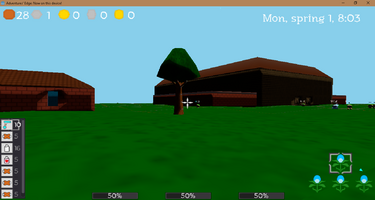 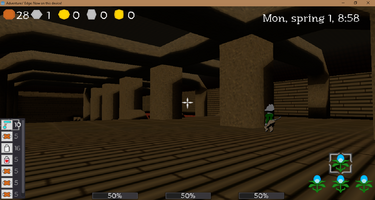 Wrote a simple shader to make things look better. Added new buildings and working doors. There is a cash register you can click on to sell items.

The wild lazuna were occasionally targeting a skill instead of another lazuna because everything added was connected to a single node and I failed to sort via groups. Took so long to figure out the problem. I might need a rubber duck.

Exporting took some time because the new shader didn't overwrite the old one so I had to re-apply the shader to all of the guild objects. The new shader has some better shadows in my opinion. I'll be working on new mechanics for the next update, but I'm going to rest today.